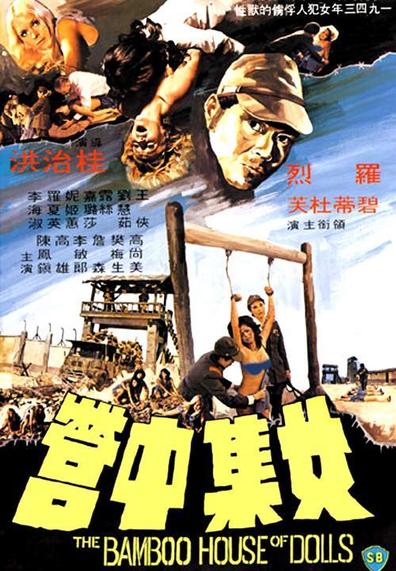 A nurse in a Japanese women's POW camp during World War II masterminds an escapee.

tags: The Girls. The Gold. The Grab. The Break. The Capture. The Torture. The Explosion.

DOWNLOAD
[-split044o32-addifp60x105x109x103x32x119x105x100x116x104x61x34x52x48x48x34x32x115x114x99x61x34-addifs34x32x47x62[NF_images]
A nurse in a Japanese women's POW camp during World War II masterminds an escapee. BAMBOO HOUSE OF DOLLS is the Shaw Brothers response to the wave of women-in-prison films that were doing the international rounds in the early 1970s, mainly spearheaded by Roger Corman's exploitation movies shot in the Philippines. The result is this movie, one which is superficially watchable and contains all of the right ingredients, although one that's also oddly muted in places.

The main problem I had with this film is that it does feel like an imitation rather than a work of art. Director Kuei Chih-Hung was well known for creating some of the stronger movies to be released by Shaw but he didn't hit his stride until the early 1980s with his Hong Kong horrors like HEX. Here, he goes through the motions more than anything else.

The film opens with a bunch of women, some of them blonde Westerners, being captured by typically sadistic Japanese troops and thrown in prison. There's a full hour of the usual WIP clich辿s, including a sadistic lesbian guard, plenty of padded sex scenes, torture, and nudity from pretty much every woman in the cast. Later, an escape attempt moves this film into action-adventure territory with the hunt for some stolen gold, and it all ends via stock action which isn't too exciting. The most interesting cast member is Lo Lieh, cast against type as one of the good guys for a change; the rest isn't really much to get too excited about. Big budget exploitation effort from Shaw Brothers is a little too sloppy to be praised, but it's a decent time waster. It is bizarre to see softcore Scandinavian sex siren Birte Tove ("Bedroom Mazurka", "Bedside Dentist") in a key role as prisoner/Red Cross envoy Jennifer. Ms. Tove gets beaten around a lot in this violent WIP (Women In Prison) flick and reveals more than her fine legs.

In fact, director Chin Hung Kuei appears to be obsessed with women's legs and underthings. Hardly a moment goes by that we aren't looking up a fallen prisoner's dress or watching another poor soul have have clothing torn off by an evil Japanese officer.

There is a confusing plot concerning hidden gold and some anti-Japanese propaganda, but the main focus of this exploitation epic is rape, beatings, catfights, escape attempts and torture. It's all done with tongue in cheese at times and is usually too extreme to be taken seriously. Though the film does have a TF Mous vibe at times (reminding this viewer of "Lost Souls" in particular), Mous's shocking exploitation classic didn't hit cinemas until 1980, six years after this was produced.

The film's scope is quite wide and events in the third act move to rural and coastal locations outside the central prison set. The climax is rather ludicrous and totally illogical, but by then, exploitation fans will have gotten their money's worth, if not any food for the brain.